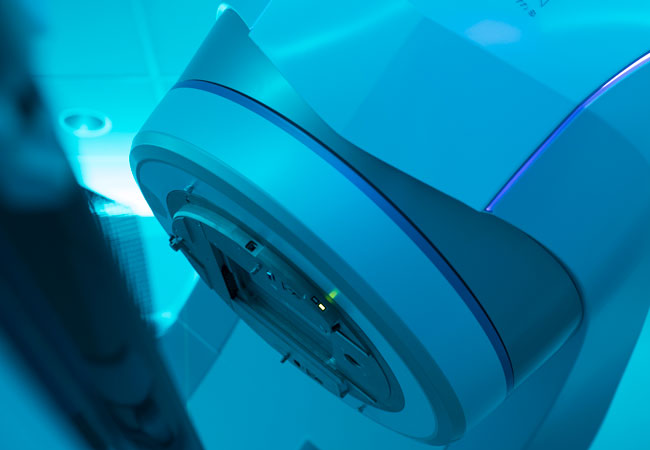 Researchers from Cleveland Clinic, Case Western Reserve University School of Medicine, and Moffitt Cancer Center have found that the genomic adjusted radiation dose (GARD) may be used to personalize radiotherapy (RT) to maximize the therapeutic effect of a given physical RT dose.

The research, published Aug. 4 in The Lancet Oncology journal, validates the association between GARD and radiation therapy outcome in a large cohort of patients, across seven different cancer types.

“As opposed to physical RT dose, which is the measure of what comes out of the machine and is delivered to the patient, GARD quantifies the biological effect on an individual patient of that delivered dose,” said Cleveland Clinic radiation oncologist and Case Western Reserve University School of Medicine associate professor Jacob G. Scott, M.D., DPhil, the first author of the study. “What we’ve found by looking at 1,600-plus patients is that the physical dose of radiation does not associate with outcome (time to first recurrence and overall survival), but GARD does.”

The study represents the validation of a quantifiable parameter of the clinical effect of radiation, a parameter that serves as a predictor of the therapeutic benefit of RT for each individual patient.

“Historically, the field of RT has accepted that radiation therapy, a physical treatment, causes a biologic or clinical effect in patients with regard to tumor response, toxicity, carcinogenesis, etc.,” Dr. Torres-Roca said. “However, up to now, radiation oncologists have always assumed that the biological effect was uniform across patients. GARD provides the first validated approach to quantify the biological effect of RT for each individual patient and tells you more about the clinical outcome and the benefit of RT than the physical dose”.

Both authors propose that the new paradigm for radiation therapy should incorporate GARD for all patients because it provides critical information about its therapeutic benefit.

The field of radiation oncology has been trailing behind in the translation of the new biology learned through genomics into treatment benefits and has not entered the precision medicine era, where patient-specific genomic data drives therapeutic decision-making. In an attempt to move the field forward, and away from a one-size-fits-all approach, the team of collaborators successfully devised and introduced the concept of GARD in a previous study.

GARD is derived from the gene-expression-based radiation-sensitivity index (RSI) and the physical dose given to a patient using the canonical linear quadratic model used to describe the biological response to radiation. Put simply, GARD is a reflection of the effect of a given physical dose on an individual patient.

Currently, measuring the dose of RT is done at the machine and up until now the field has assumed the clinical or biological effect of a given dose is uniform. This paper demonstrates that GARD is associated with clinical outcome while radiation dose is not.

In explaining the utility of GARD, Dr. Scott noted that it quantifies the biologic effect of radiation into a numerical parameter that involves physical RT dose, giving oncologists an objective way to understand the relative therapeutic benefit of their prescribed RT, and allowing them to modify the physical dose of RT in order to optimize radiation therapy benefit for each individual patient. GARD provides the first validated decision support tool where radiation oncologists can utilize genomic information to modulate the potential benefit of radiation therapy for each patient.

The current study used previously published data on cancers of the breast, head and neck, endometrium, melanoma, glioma, pancreas and lung (NSCLC) to test the association between GARD, RT dose and patient outcomes using two endpoints: time to first recurrence and overall survival. The study included 1,615 patients from 11 separate cohorts – from seven disease sites – in the analysis. To test whether the GARD-based RT dosing paradigm is associated with the outcomes, a pooled pan-cancer analysis was performed.

“The important part is that GARD is not a standalone biomarker; rather, it is a dynamic parameter that changes based on the prescribed RT dose, which allows the clinician to directly modulate it,” said Dr. Scott. The higher the GARD value, the higher the predicted therapeutic benefit of radiotherapy at that specific dose, but, he adds, these increases may not, for some radiation plans, be worth the risk of dose escalation. “The point is that some patients have large increases in GARD with more dose, and some patients do not respond as well near the range of standard of care. The discussion with the clinician, as well as the treating oncologist’s understanding of the risk-benefit balance of dose-escalation’s benefits vs. increased toxicity, remain paramount.”

“This does not require a departure from the current standard of care,” he emphasized. “Our view is that RSI/GARD is a decision support tool that provides a view of the effect of RT dose for each individual patient providing critical information for the treating radiation oncologists.”

The test is now available from a CLIA laboratory at Moffitt Cancer Center and researchers hope to make it available more widely by engaging with a large-scale genomics company.