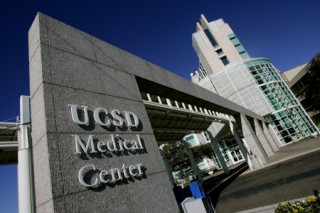 Once again, UC San Diego Health and its hospitals are ranked #1 in San Diego, and recognized among the best in the nation, by U.S. News & World Reportfor 2015-16. The annual U.S. News “Best Hospitals” rankings distinguish hospitals that excel in treating the most challenging health conditions.

“Ranking in the top 50 nationally in 12 specialties is a remarkable achievement for UC San Diego Health and represents an important tool for consumers in choosing a health care provider,” said Paul Viviano, CEO, UC San Diego Health. “UC San Diego’s yearly rise in rankings is evidence of the extraordinary efforts of our team to offer demonstrably superior clinical care to all patients across a range of diseases and chronic conditions.”

For 2015-16, U.S. News evaluated hospitals in 16 adult specialties and ranked the top 50 in most of the specialties. Less than 3 percent of the nearly 5,000 hospitals that were analyzed for “Best Hospitals 2015-16” were nationally ranked in even one specialty.

UC San Diego has doubled its number of specialty rankings since 2011 and has ranked as the #1 health system in the San Diego metropolitan region for 5 consecutive years. Currently, with 12 ranked specialties, UC San Diego Health is recognized among the country’s most prestigious health care institutions.

U.S. News publishes “Best Hospitals” to help guide patients who need a high level of care because they face particularly difficult surgery, a challenging condition or extra risk because of age or multiple health problems. Objective measures such as patient survival and safety data, adequacy of nurse staffing and other data largely determined the rankings in most specialties.

“A Best Hospital has demonstrated expertise in treating the most challenging patients,” said Ben Harder, chief of health analysis at U.S. News. “A hospital that emerged from our analysis as one of the best has much to be proud of.”

The specialty rankings and data were produced for U.S. News by RTI International, a leading research organization based in Research Triangle Park, N.C. U.S. News used the same data, as well as the new Best Hospitals for Common Care ratings, first published in May, to produce the state and metro rankings.

The rankings are available athttp://health.usnews.com/best-hospitals and will appear in the U.S. News “Best Hospitals 2016” guidebook, available in August.