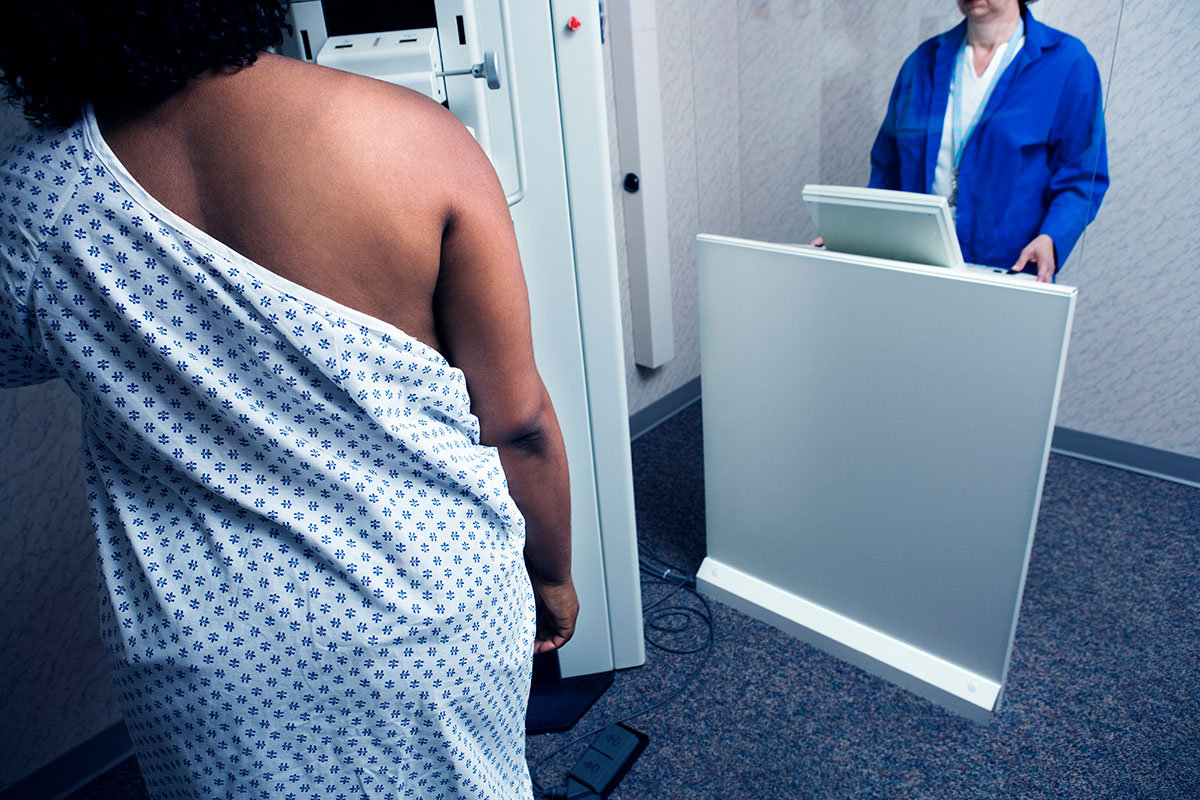 Multiple studies have shown that African American women with breast cancer have lower survival rates than white women with the disease. But the association between race or ethnicity and treatment outcomes in triple-negative breast cancer — an aggressive type of tumor that does not respond to hormonal or other targeted therapies — has not been well defined.

Now, new research from Washington University School of Medicine in St. Louis shows that non-Hispanic African American women with triple-negative breast cancer also do not fare as well as non-Hispanic white women with this type of breast cancer. The study demonstrates the need for additional research to address disparities in cancer care and understand whether tumor biology or nonbiological reasons such as systemic racism — or a combination of such factors — may prevent African American women from receiving the same quality of care as white women.

The study appeared online May 13 in JAMA Oncology.

Among women with triple-negative breast cancer, the researchers found that African Americans had a 28% increased risk of death compared with Americans of European descent, and that this disparity was at least partially due to lower rates of surgery and chemotherapy among African American patients.

“Regardless of subtypes of breast cancer, many studies have shown that African American patients have lower survival than white patients,” said epidemiologist and senior author Ying Liu, MD, PhD, an assistant professor of surgery in the Division of Public Health Sciences. “But there have been conflicting studies on triple-negative breast cancer outcomes. Some of these studies have shown no disparity in survival, but these were smaller studies with fewer triple-negative or African American patients. Our research uses a large study from a national dataset demonstrating that African American patients also have lower survival for this type of breast cancer. If we want to eliminate these disparities, we must first identify what they are and work to understand what drives them."

Breast cancer is classified into categories based on whether the tumor’s growth is driven by hormones such as estrogen or progesterone or by proteins such as HER2, called growth factors. Hormonal therapies that block or reduce these hormones and drugs that target HER2can be effective in treating these tumor types. In contrast, triple-negative breast cancer continues to grow even in the absence of all these hormones and growth factors, forcing doctors and patients to rely on surgery, chemotherapy and, less often, radiation.

For the study, researchers mined a large database maintained by the National Cancer Institute that included over 23,000 women diagnosed with triple-negative breast cancer from 2010 to 2015. Twenty-five percent of the patients were African American, and patients’ tumors were stages 1, 2 or 3, but not stage 4, meaning they had not yet spread to other parts of the body. In a follow-up 3½ years later, 3,276 patients had died from breast cancer. The five-year survival rate was about 77% for African American women and about 83% for white women.

Compared with white patients, African American patients had 31% lower odds of receiving surgery and 11% lower odds of receiving chemotherapy. Radiation therapy is used less often for this type of cancer, but the researchers found no difference between the two groups. After adjusting for socioeconomic factors, tumor stage and size, treatment differences and other factors, the risk of death among African Americans remained increased by 16%.

Even when chemotherapy was given, there was some evidence that the treatment was less effective in African American patients. “This suggests there may be differences in tumor biology or tumor environment between African American and white patients,” said Liu, also a research member of Siteman Cancer Center.

“We need more research to understand if any differences exist between these tumors in their molecular biology or in their immune landscape, for example, so we can try to address them with different targeted therapies.”

Additionally, African American patients were more likely to have health insurance through Medicaid and to live in urban areas and in counties that were more socioeconomically disadvantaged.

“There are a lot of factors beyond tumor biology that are likely contributing to these disparities,” Liu said. “Our study couldn’t measure many of these factors, but we know, for example, that African American patients are more likely to have unsatisfying communications with their doctors, experience discrimination in the health-care system, and have more difficulty with transportation to and from their appointments.”

Curiously, researchers said the racial disparity in mortality was not found among triple-negative breast cancer patients over age 65 or those living in rural or socioeconomically poorer counties.

“Some of these associations are difficult to explain because data is limited,” Liu said. “We can speculate that perhaps health care in rural or poorer communities is more difficult for cancer patients to access in general, so perhaps disparities are less apparent. But at this point, we don’t know. We will need more research to understand what factors are causing these differences in treatment and survival, so that we can find ways to address them.”