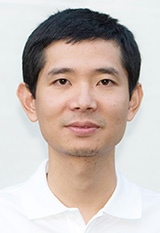 The deadly brain cancer glioblastoma (GBM) is often resistant to chemotherapy and radiation, but new research from the Perelman School of Medicine at the University of Pennsylvania and Penn’s Abramson Cancer Center shows targeting stromal cells – the cells that serve as the connective tissue of the organs – may be an effective way of overcoming that resistance. Specifically, the researchers found that GBM causes these stromal cells to act like stem cells, naturally resisting attempts to kill them and promoting tumor growth instead. They also identified the pathway that makes this all possible and showed that blocking that pathway makes cancer vulnerable in a lab setting. Science Translational Medicine published the findings today.

GBM is a particularly aggressive form of brain cancer. Most estimates show there are around 11,000 new cases each year, but the five-year survival rate is between just five and 10 percent. The tumors themselves are usually heterogeneous – meaning that different parts of the tumor contain different genetic mutations – which means treatments focused on only one target are ineffective or only partially effective.

"There have also been few new treatments over the past few decades for GBM, so it’s clear that we need to find a way to make current treatments more effective for these patients,” said the study’s senior author Yi Fan, MD, PhD, an assistant professor of Radiation Oncology at Penn.

Since developing a treatment based on tumor mutations is difficult in GBM, this study took a different approach, focusing instead on overcoming resistance. Researchers found that GBM transforms a type of stromal cells called endothelial cells so that they act more like stem cells, which drives tumor resistance. They then went a step further and found the resistance is enabled by a signaling pathway known as Wnt. The more Wnt is activated, the more a cell is able to resist treatment like chemotherapy. Previous research has shown that GBM stimulates Wnt activity, meaning these new findings show the way in which these tumors co-opt their environment to survive attack.

These findings could also mean that blocking Wnt signaling may be an effective way to help these cells overcome resistance to treatment. Fan and his team used an experimental approach to shut off Wnt signaling in stromal cells in mice as well as tumor samples taken from human patients, and they found these cancer cells were vulnerable to chemotherapy once the signal was blocked.

Fan said this unique approach of using Wnt inhibitors to target stromal cells instead of the cancer cells themselves carries several benefits. First, stromal cells support the development of other cells, which in the case of GBM includes cancer. By targeting them, a treatment would effectively be getting closer to the root cause of why a tumor is able to survive and thrive in the first place, potentially making any such therapy more efficient. Second, not only does it show promise not in overcoming a tumor’s initial resistance, it should also mean treatments will remain effective even as the tumor changes.

“Because stromal cells have a more stable genome, they will not mutate the way cancer cells do, meaning secondary resistance is unlikely,” Fan said.

The team hopes to test this approach in a clinical trial.

This study was supported by the National Institutes of Health (R01NS094533, R01NS106108), the American Association for Cancer Research Judah Folkman Award, and the McCabe Foundation Award of the University of Pennsylvania.