RT, Other Interventions for Brain Arteriovenous Malformation Could Be More Dangerous Than Stroke Itself 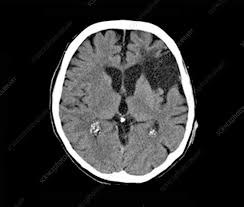 For people with a brain arteriovenous malformation, a congenital vascular system defect, fate has a name: stroke. To avoid this risk, patients sometimes undergo interventions to remove the malformation. But is this very beneficial?

Not necessarily. According to an international clinical trial co-directed by researchers at the University of Montreal Hospital Research Centre (CRCHUM), interventional treatment – by neurosurgery, neuroradiology or radiation therapy – could be more dangerous than the disease itself.

In a study published in The Lancet Neurology, Christian Stapf, a vascular neurologist at the CHUM and the co-author of the article, and his colleagues show that the risk of having a stroke or dying falls by 68 per cent when doctors let the malformation follow its natural course.

“In other words, the risk of patients having a stroke or dying is at least three times lower,” said Stapf, a researcher at the CRCHUM and professor at Université de Montréal.

“We wondered what was better for the patient: to remove the malformation to prevent a stroke or to live with the malformation for several years? The results of our study are clear: in the long term, standard medical care is more beneficial for the patient than any intervention. This certainly shakes up conventional thinking about how to prevent stroke in these patients.”

Before joining the neurovascular program at CHUM in 2015, Dr. Stapf worked at Lariboisière Hospital, in Paris, France. He was already the principal co-author of this study and in charge of the European component.

A second phase of the study sought to evaluate whether early surgical intervention might reduce the risk of neurological deficits. “After a five-year follow-up period, we showed that there were twice as many patients with a disabling deficit after the interventions than medical management alone,” said Stapf.

For this international clinical trial named ARUBA (short for A Randomized trial of Unruptured Brain AVMs), 226 adult participants with an average age of 44 were recruited between 2007 and 2013 in 39 hospital centres located in nine countries. Among the members of this collaborative network, the CHUM was the most active Canadian centre in terms of recruitment. There were two other centres, in Ontario.

The volunteer patients, who had never had a stroke and whose malformation was sometimes discovered by chance, were divided into two groups: the first would get standard medical care, while the second would receive standard care combined with invasive therapies (by neurosurgery, interventional neuroradiology or radiation therapy). The patients  were followed for average periods of between 33 and 50 months.

In 2014, under the supervision of interventional neuroradiologist Jean Raymond, the CHUM launched TOBAS, an international study whose aim was to see whether the conclusive findings of the clinical trial ARUBA might also be valid for all patients with a neurovascular malformation, including those who had had a stroke.

To date, the CHUM’s neurovascular health program is the largest in Quebec and among the biggest in Canada: more than 800 stroke patients are admitted to the program every year. With its Centre de Référence des Anomalies Neurovasculaires Rares, a referral centre for rare neurovascular abnormalities, the CHUM also offers a specialized multidisciplinary clinic dedicated to patients with several types of vascular malformations of the brain.

RT, Other Interventions for Brain Arteriovenous Malformation Could Be More Dangerous Than Stroke Itself.  Appl Rad Oncol.