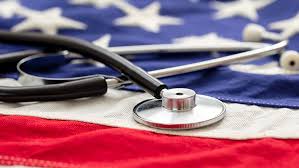 Radiation oncologists across the country will meet virtually with members of Congress this week to urge lawmakers to pass legislation that will safeguard access to high-quality, value-based health care for people with cancer. The doctors will meet with Congressional leaders and staff as part of the American Society for Radiation Oncology (ASTRO) virtual Advocacy Day, which will take place November 19-20.

Radiation oncologists will emphasize four legislative priorities in their meetings with lawmakers:

Under the 2021 Medicare Physician Fee Schedule (MPFS), CMS plans to move forward with changes to evaluation and management (E/M) codes that will result in an overall reimbursement cut of 6% for radiation therapy services covered by Medicare. Many key services, including weekly management of patients currently undergoing treatment, will be cut by 10% or more.

"The proposed Medicare payment policy set to start on January 1, 2021, would cause significant additional financial challenges for radiation oncology practices as they enter the new year. Despite many practices already experiencing revenue declines of 20-30% due to the COVID-19 pandemic, CMS is still pushing ahead with large additional cuts for radiation oncology and other specialties," said Thomas J. Eichler, MD, FASTRO, Chair of the ASTRO Board of Directors.

ASTRO has engaged with a broad coalition of health care provider organizations to urge both Congress and CMS to waive or suspend the budget neutrality requirement, which would trigger the cuts. More than 200 bipartisan members of the House of Representatives also co-signed a letter last month urging Congress to pursue changes to the 2021 MPFS to avoid the excessively steep cuts.

Radiation oncologists are asking lawmakers to join the bipartisan cosponsors of the Holding Providers Harmless from Medicare Cuts During COVID-19 Act of 2020 (H.R. 8702), which would stabilize Medicare payment levels for the next two years and provide temporary relief from the threat of additional cuts for radiation oncology and other medical specialties.

Since CMS introduced the Radiation Oncology Model (RO Model) as a proposed advanced alternative payment model (APM), ASTRO has expressed significant concerns with the model's mandatory and excessive reimbursement cuts for radiation therapy providers. While these concerns were echoed by bipartisan Senators and Representatives in oversight letters to CMS that requested changes to the model, they were not addressed in the agency's final rule. Radiation oncologists are now asking Congress to intervene and protect patient access to radiation therapy treatments.

The RO Model in its current form would be a significant burden for the 950 practices required to participate, particularly as most are already experiencing revenue declines due to COVID-19. ASTRO surveys of practices from the spring and summer of 2020 indicated that patient volume dropped at nearly 9 in 10 radiation oncology practices due to the pandemic, with an average decline of 31%. Half of the practices also had to reduce staff due to declining patient volume.

"The cuts to providers in the Radiation Oncology Model substantially exceed those in other models and, astoundingly, became more severe between the proposed and the final iterations from CMS," said Dr. Eichler. "We are concerned that these mandatory cuts will financially jeopardize practices' ability to deliver optimal care during the five-year demonstration period, especially as we continue to face a public health emergency. Unfortunately, CMS’ failure to listen to our recommendations has turned a model with great potential to improve patient care into one that we’re seriously worried will undermine patient care."

Radiation oncologists are asking specifically for the RO Model's discount factors to be more consistent with other specialty models and more in line with the intent of value-based health care reform as outlined by the Medicare Access and CHIP Reauthorization Act of 2015 (MACRA). Additionally, while an ASTRO-led effort recently secured a delay in the model's start date from January 1 to July 1, 2021, physicians will stress that without significant changes, the delay only represents a stay of execution from the massive cuts.  ASTRO appreciates the bipartisan leadership of Reps. Brian Higgins (D-N.Y.) and Rep. Mike Kelly (R-Penn.), who are leading a joint letter to CMS asking for essential reforms to the RO Model before its implementation.

While prior authorization was a major challenge for radiation oncology before the COVID-19 public health emergency, the burden has grown more difficult during the pandemic and physicians say they increasingly are constrained from exercising their clinical judgment in the best interest of their patients.

In an August 2020 ASTRO survey of radiation oncologists, most respondents (69%) said the overall burden of prior authorization has gotten worse for their practice since the start of the pandemic and that patients face more treatment delays from prior authorization since the COVID-19 outbreak (64%). "The majority of patients are now delayed over two weeks for a fairly routine denial and appeal process," explained one survey respondent. "Virtually all appeals are successful, but in the meantime, we have upset patients, angry family members and an emotionally exhausted staff interacting on a daily basis."

Overall, 85% of the doctors said their patients express concerns about delays caused by prior authorization, and alarmingly, many also report that their patients have suffered adverse events (35%) or negative effects (66%) because of these delays. For example, one physician shared that a patient developed a brain metastasis while waiting for treatment to be approved by an insurer; this progression proved fatal as it led to the patient's untimely death.

"Many believe that prior authorization is a straightforward process that reduces health care costs. This simply is not the case, however. Without extensive reform to bring much-needed transparency, consistency and integrity to the prior authorization process, these restrictive and unnecessary practices will continue to hijack medical decisions and cause harm to patients," said Dr. Eichler.

While ASTRO and other leading medical groups have strongly urged insurance and radiation oncology benefit management companies for several years to address the broken prior authorization system, the problem is getting worse. Accordingly, radiation oncologists are asking lawmakers to join the bipartisan cosponsors of the Improving Seniors’ Timely Access to Care Act of 2019 (H.R. 3107), which would increase transparency in the prior authorization process and help curb delays for patients covered by Medicare Advantage plans.

Federal investment in cancer research has played a role in every major innovation in the fight against cancer and has led to a decline in mortality rates for many cancers. The American Cancer Society (ACS) estimates, for example, that research has contributed to averting 2.9 million cancer deaths in the U.S. in the past two decades.

The COVID-19 pandemic, however, has negatively impacted cancer research in multiple ways. Many cancer centers were forced to halt enrollment on clinical trials to reduce exposure risk. Philanthropies also are receiving drastically fewer donations and therefore have limited support for research grants; ACS, for example, anticipates a $200 million drop in donations this year and recently suspended applications for its research grants.

ASTRO, in collaboration with cancer-focused organizations including ACS, is asking Congress to increase funding for cancer research at the NIH and NCI and provide emergency supplemental funding for projects that were stalled during the COVID-19 pandemic.