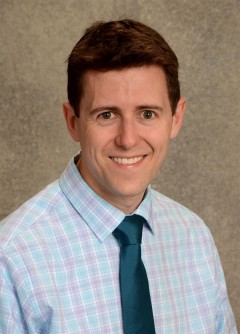 Cancer researchers have known for years that Black and Hispanic patients have worse outcomes than their non-Hispanic White peers -- at least when it comes to adults. But few studies have explored these same disparities in pediatric patients, and fewer still have looked for racial/ethnic differences in treatment outcomes in pediatric brain cancer patients.

A study by University of Colorado Cancer Center investigators working at Children’s Hospital Colorado not only confirms worse outcomes for Black and Hispanic pediatric brain cancer patients (compared with non-Hispanic whites), but hints at where in the process of diagnosis and treatment these disparities arise.

Patients whose cancer has already spread by the time they are diagnosed have a poorer prognosis. But the current study finds that at the time of diagnosis, pediatric brain tumor patients of all races/ethnicities presented with cancers of similar stage and aggressiveness – in other words, at the point of diagnosis, there were no disparities. However, Black and Hispanic patients then went on to fare worse than non-Hispanic White patients. Together, these findings suggest that it’s not the process of diagnosis, but during the process of treatment and follow-up that the paths of minority and White pediatric brain cancer patients diverge.

“We were surprised,” says the study’s senior author, Adam Green, MD, (pictured above) CU Cancer Center investigator and pediatric brain cancer specialist at Children’s Hospital Colorado. “In general, we expect these disparities to be multi-factorial and have pre- and post-diagnosis components, but these findings suggest these patients are able to get diagnosed appropriately, but after that, treatment and follow up may be where the disparities lie.”

Overall, of 1,881 patients under age 19 diagnosed with cancers of the brain and central nervous system between 2000 and 2015, 52 percent of White patients lived five years from diagnosis, whereas only 44 percent of African American patients and 45 percent of Hispanic patients reached a similar milestone.

“If we look overall in pediatric brain and central nervous system cancers, Black and Hispanic patients have a higher risk of dying from these tumors compared with non-Hispanic White patients,” Green says. “Even when they presented with similar stage disease as their White counterparts, they still did worse.”

Future studies are planned to look deeper into the source of these disparities, but Green suggests there are some obvious factors that health care systems can work on now to ensure equal care and, hopefully, more equal outcomes.

“One thing we don’t talk about enough in cancer is how much of a burden going through treatment is on families – financial resources, transportation resources, time resources, shelter and lodging resources, etc.,” Green says. “We can plan an effective treatment, but if there are life factors that make it more challenging for some families to get that entire course of treatment successfully, then all the planning we do isn’t going to make the treatment as effective as we would like it to be.”

Green also suggests that due to the complexity of many of these cases, young brain cancer patients should be seen at centers with experience treating these cancers and that offer multi-disciplinary care, allowing patients to access experts in many different fields including medical oncology, surgery, radiation, pathology, and supportive care such as palliative medicine and even nutrition.

“It’s incumbent on us to make sure these families have access to the resources they need to ensure that their children are able to get the highest quality care,” Green says.

The study was published online in the journal Scientific Reports.