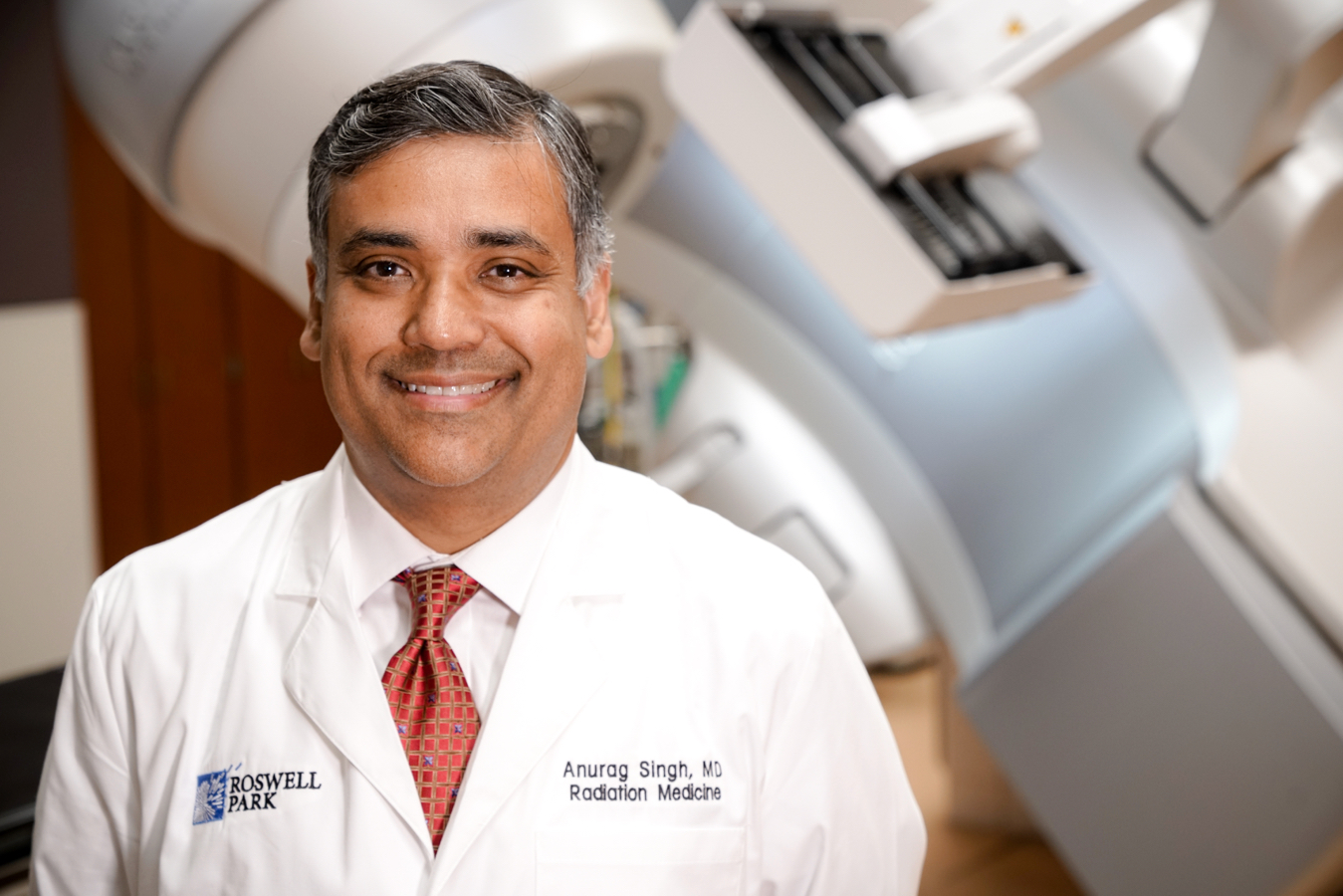 What if a drug that sits in nearly everyone’s medicine cabinet could help extend the lives of some cancer patients? In companion presentations at the American Society for Therapeutic Radiation Oncology (ASTRO) Annual Meeting in Chicago Sept. 15-18, doctors from Roswell Park Comprehensive Cancer Center reported new evidence that low-dose aspirin and other anti-inflammatories may improve survival in patients undergoing treatment for some head/neck and lung cancers.

The retrospective analyses are among the first to suggest a benefit in overall survival for patients with either head and neck squamous cell carcinoma (HNSCC) or early-stage non-small cell lung cancer (NSCLC) who received non-steroidal anti-inflammatory drugs (NSAIDs) — most commonly, low-dose aspirin — alongside standard radiation therapy or chemoradiation therapy.

“This has already changed my practice,” notes Dr. Singh, who specializes in radiotherapy for patients with head/neck cancers. “We have now started to give all of our roughly 1,000 follow-up head-and-neck cancer patients this information and started to encourage them to have a discussion with their doctors about starting aspirin daily, as long as they are not on blood thinners. This is an exciting new avenue we are researching in other cancer types and designing new prospective clinical trials for.”

Austin Iovoli, MD, a trainee from the Jacobs School of Medicine and Biomedical Sciences at the University at Buffalo (UB), is first author on the study involving 460 patients who received chemotherapy and conventional radiation therapy as treatment for HNSCC. The team reports that taking low-dose “baby” aspirin or other NSAIDs along with their cancer treatment increased survival by 8% at five years in this group of patients.

“We were especially interested to see that these patients lived longer even though the anti-inflammatory drugs did not seem to have an impact on the effectiveness of cancer treatment,” notes Dr. Iovoli, who is serving a residency with Roswell Park’s Department of Supportive Care.

The study in lung cancer examined data for 164 patients receiving stereotactic body radiation therapy (SBRT) for early-stage NSCLC. SBRT is a form of radiotherapy that involves precise delivery of radiation to tumors, using intense beams from several angles. This limits the exposure and, thus, the damage to nearby organs. It can be an effective treatment for cancer patients who may not benefit from surgery.

Future studies are needed to more exactly identify which patients may benefit from aspirin use, the researchers note.

“These studies provide further support for a growing body of literature that demonstrates a benefit for use of non-steroidal anti-inflammatory drugs, such as aspirin, by cancer patients,” says Gregory Hermann, MD, a resident physician in Radiation Medicine at Roswell Park and UB’s Jacobs School. “Although clinical trials are needed to make a definitive recommendation, we encourage patients to have a discussion with their doctor regarding the risks and potential benefits of aspirin use.”